At the end of 2009, we were awarded the contract to design a 2.4 km2 area in Wuxi, which is a city with 5 million residents, a short distance to the west of Shanghai in China. The task also included a detailed study of a focus area of 30 hectares based on our perspective of a sustainable town construction.

Hammarby Sjöstad is the example

Sino Swedish Eco City is, just as the name says, a city construction project in partnership between Sweden and China. The focus of the green city concept is on sustainability and environmental compatibility using Hammarby Sjöstad amongst others as an example. In addition to urban planning and studies of the focus area, our task also included the development of an environmental program with guidelines for the energy consumption, waste management, water management, traffic environment, landscape design and environmentally friendly construction – everything that forms part of an integrated system focus.

In order to realize our plan in the best way, a working group was composed of delegates from Government Offices, the Swedish Trade Council, Wuxi City and Municipality of Södertälje, which is a sister municipality to Wuxi. The group’s task is to identify Swedish companies that focus on clean-tech, and to ensure that the right solutions are selected when the district will be built. Even KTH Energy Technology and Energy Agency are working with the Government on the project, to promote the use of Swedish environmental technology, and has developed two tools with a focus on holistic systems thinking, innovation stimuli and ambitious energy use and climate objectives.

In 2011, we were awarded one of the finest awards in the architecture world for our work on Sino Swedish Eco City – The MIPIM Future Project Award in the category Big Urban Masterplan. The following year, it was chosen as one of a hundred projects to the prestigious Sustainia100-list that annually collects 100 ideas for sustainable development in one publication. The ideas are intended to function like firm inspiration for decision-makers and people in changing positions to communicate a vision and a clear model of how we can work together to build a sustainable future.

Through partnerships like these, we get the opportunity to discuss the importance of sustainable urban construction on a global level, which is both exciting and incredibly important.

The Swedish model in Asia

The growth and the urbanisation in Asia are challenging and special attention must be paid to the environmental impact when new areas are developed. With the new experience, not least with projects such as Hammarby Sjöstad, we have a lot to offer when it comes to the development of sustainable cities such as Sino Swedish Eco City. Swedish design and architectural tradition, which internationally is often associated with functionalism, holism and sustainability, has a great role to play in this context. Through partnerships like these, we get the opportunity to discuss the importance of sustainable urban construction on a global level, which is both exciting and incredibly important. 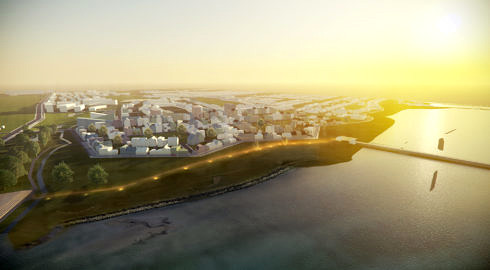 To us, urban planning is synonymous with unity and sustainability. We work on all parts of the urban development process, from the initial idea to developing the conditions for creating something great – and everything in between. We are expert advisors and regard ourselves as the glue between the stakeholders of a project. 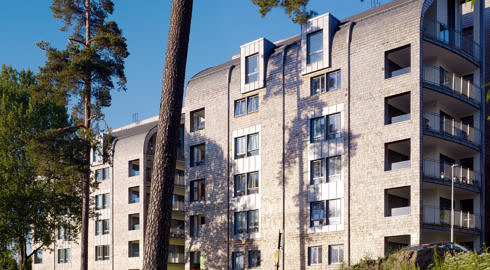 We design houses where people can live and lead a good life. We are committed to creating lasting values and environments that make a difference and contribute to high architectural quality that enrich the city. The ambition ranges from new construction to refurbishments and conversions, and beyond.