When Tengbom designed NEO and Technology and Health, they featured two spherical lecture halls, but there was no technical solution as to how the shape would actually be realised. By means of parametric design and the material Butong, a complex design proposal became a reality.

The requirement was to design an exterior that reflects the high-tech, digital “state of the art” interior. It also needed to have the ability to both reflect light and absorb sound. The result became the almost futuristic elements of the world-leading Life Science cluster at Karolinska in Huddinge.

From charcoal sketch to complex formability 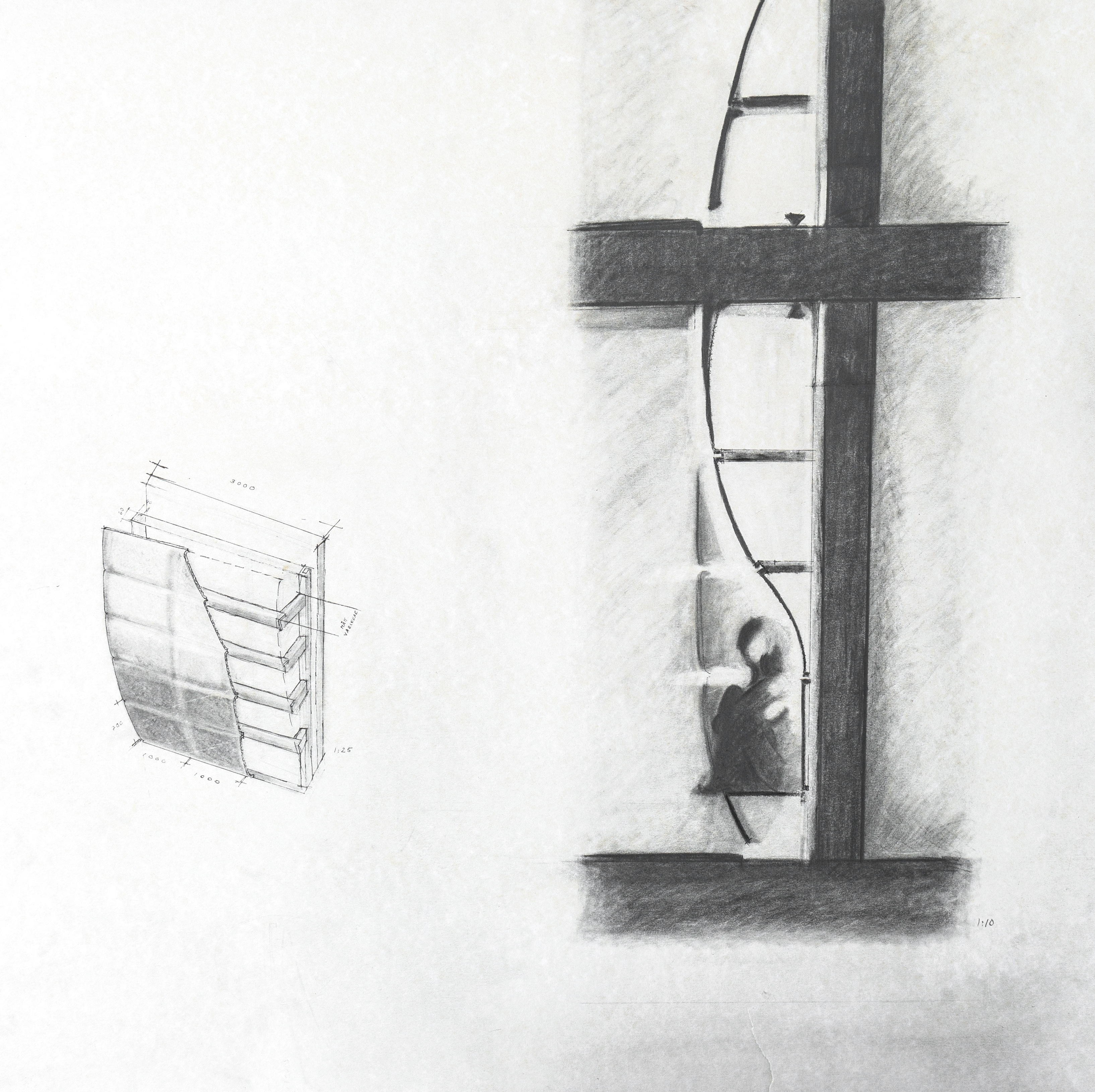 With the help of Computational Design, the vision for the auditoriums was realised. Through a close collaboration with Lars Höglund, founder of Butong, and our digital expert in ArchTech & Future, the complex shapes were developed based on a parametric model – with only a series of charcoal sketches as the foundation.

“We have long had our eyes on Butong as a new opportunity in our façade projects. It is a fusion of bubble wrap and concrete, which forms a malleable and semi-transparent 3D structure.”
Anna Morén Sahlin, architect.

The shape was created from a variety of mathematical parameters that can be rendered in 3D, which creates flexibility in the shape that continues until the final pressing of the production button. The finished solution required approximately 3,500 unique parts for the frame and mould, with minimal tolerance over the double curved surfaces of the mould. 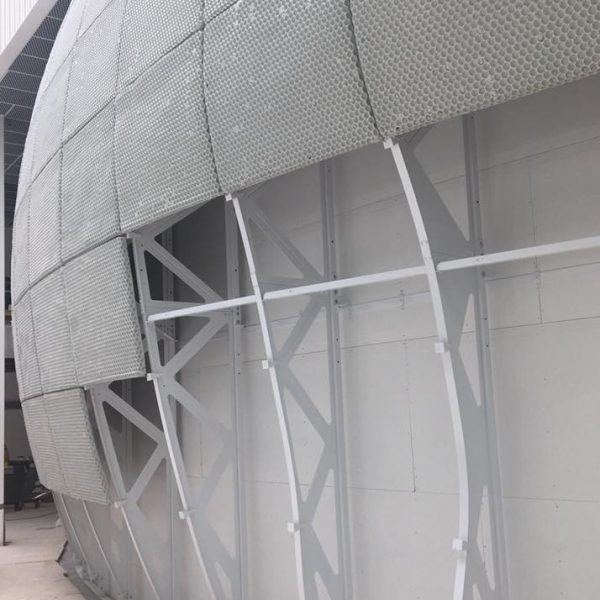 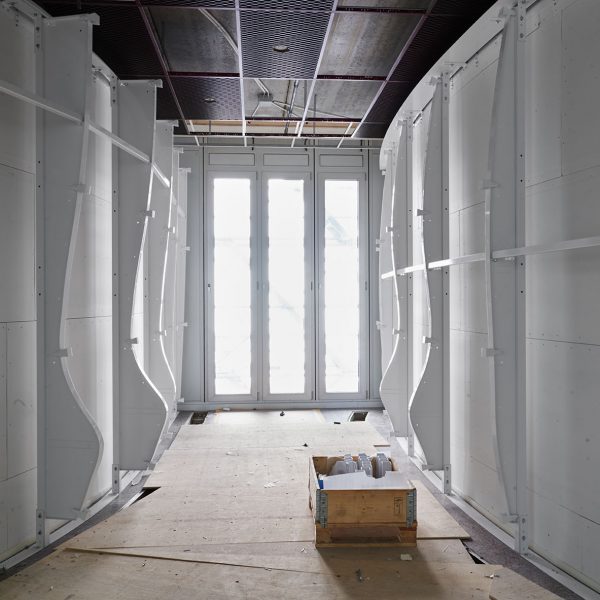 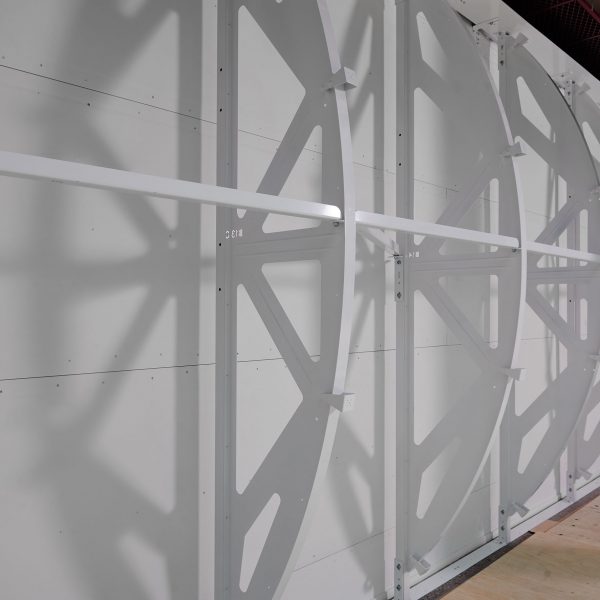 When Butong met parametric design, the positive effects were numerous. In addition to being able to design complex environments, zero intermediates and minimal material consumption were required, which was good from both a sustainability and cost saving perspective.

– Through the ability to adjust all parts of the casting together with the customer, we were able to implement the project in a time-efficient manner and directly generate finished production files for manufacturing,” says Shahrokh Kamyab.

– We work regularly with plant walls and especially green façades, but in the hands of Tengbom our material became something completely different. There was the formability and permeability of light and sound at the centre. This solution could not have been generated in any other way than with digital fabrication and parametric design,” says Lars Höglund, founder of Butong. 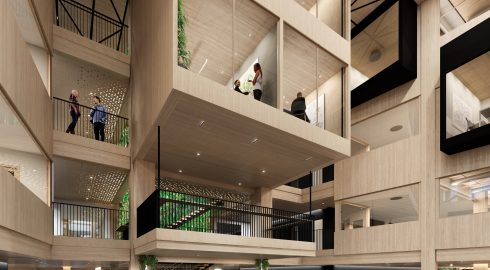 Modern and comfortable work environments are one of our core activities. We develop existing or new buildings and work in a time perspective of 100–150 years. We keep updated on trends and possess considerable knowledge about the requirements for various types of offices. We pay attention to the client’s organisation, structure and philosophy. 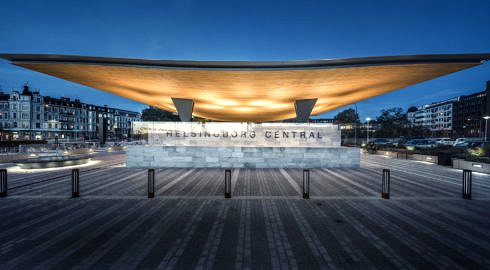 “We only know the world as it is evoked by light” as architect Louis Kahn once said. And yet, the science of lighting design remains an undiscovered realm to many. In architecture, however, the understanding of light is essential, as it breathes life into our surroundings, making them both functional, beautiful and safe. Day and night. 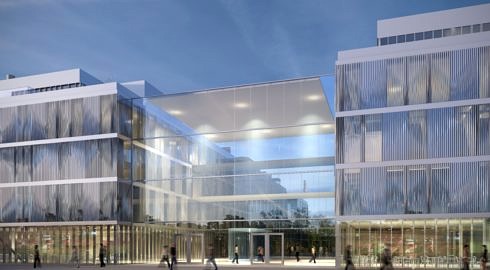 We create exceptional care facilities, where the focus naturally is on man. During the last decades, the view of health care has changed and the focus has increasingly moved from in-patient care to outpatient care. We have lead this development by creating attractive and functional environments that reflect this trend. 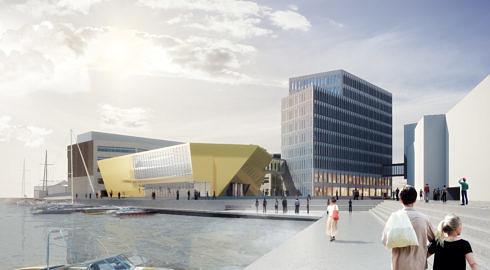 We create rooms for modern styles teaching. Rooms where young people are inspired to use their senses to understand the knowledge that the school teaches. But we also create rooms for social sustainability by working with the school as an important meeting place for the surrounding society from a larger perspective.